How to choose a phone: Role of chipset 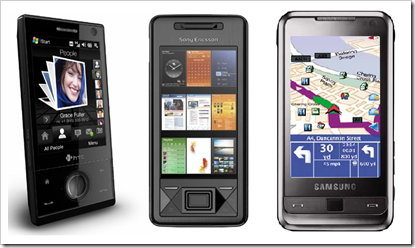 QUALCOMM's chipset based phones.
Very similar to desktop computer, every phone has a processor, which runs your application, but in mobiles, processor is not directly shipped via processor company. (for example in your laptop the processor might be directly coming from  Intel’s fabrication plants or from AMD). In case of mobiles something which is called chipset is manufactured and goes into the mobile handsets. As name suggest a Chipset is not only one thing, but its a set of chips. It includes processor, modem circuitry, power management unit and digital signal processing unit.
Most of the chipset manufacturing companies are using mobile processors as ARM. it means they use ARM architecture for their processing unit. ARM is just an architecture, things can only work when it will be installed on a platform nicely to get the thing work.
Now when it comes to performance, its all about how these things are kept together! There are several companies, which are putting these things together.
I specially want to talk and discuss about Qualcomm’s Chipset. As they evolved from a modem company they have best modem in the market. When it comes to mobile phone, the primary role of the phone is to talk wirelessly. So modem’s efficiency becomes critical. A better modem will also help you to get faster Data rate ,when it comes to data application.
The second most important thing for mobile is the way your voice is processed. How clear and crystal sound you hear from you partner, while you talking on phone. This is done by the digital processing unit in your phone. Qualcomm has best voice processing algorithm in the market.  So when you use any QUALCOMM chipset based phone you will feel the difference.
Now! when you are OK with the primary functionality of phone, you need your phone’s UI to run smoother. Have you ever wondered why high end phones which is based on the chipset of some other companies run so slow? Its because the applications hunger for processing time is not properly fulfilled by underlying chipset.
Most of the latest smart phones like HTC diamond, Samsun Omnia, Sony’s Xperia. All these phones are based on QUALCOMM’s chipset. The series name the chipset which is used by these phone is 72xx. This series chips are having 2 ARM processor in it and separate ‘digital signal  processing’ units. By this way your application and modem runs on 2 different places and hence lighter the load on processor and hence the smoother the UI. Clock rate of this chipset was 400 MHz.
Upcoming QUALCOMM chipset is a  giant platform which is having 1GHz CPU. this the first of its own kind. the name of this upcoming platform is ‘Snapdragon’.
So if you are going to buy a phone, go to the market and ask which chipset it has. blindly you can trust on Qualcomm chipsets. they are high performance chipset.
If you are a developer, get yourself ready to develop the applications which is capable enough to Hog this much processing power.
Posted by markandey at Wednesday, April 29, 2009