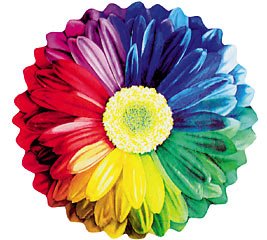 The company's board has proposed a final dividend of Rs 5 per share.

Azim Premji, chairman of Wipro, said: "We look back at our performance in 2005-06 with immense satisfaction. It was a year in which we crossed several landmarks - including Rs 10,000 crore in total revenue, $2 billion mark in IT business revenue, Rs 500 crore quarterly profit, 5% revenue contribution from innovation initiatives and team size of 50,000. With all Wipro businesses delivering industry-leading growth rates, we were able to post record revenue and profit growth. Looking ahead, for the quarter ending June 2006, we expect revenue from global IT services business to be approximately $533 million."

This is great news for me. Basically I don’t know how these results are going to affect us. but one thing is sure that these result will be encouraging for the employees and shareholders, and also for me since I have to join Wipro in next June/July as a trainee.

I am tracking wipro's results since the day i was placed in the Wipro. I saw this year's Q2, Q3 and now Q4 results.

The Q2 result was not that much encouraging because the rival companies (like Infosys and TCS) made more profit than wipro.

The Q3 result was bit encouraging. in fact the results were better than rival compainies on %tage basis. since we can not compare the infosys and TCS on the absolute basis as there net capital is more that that of Wipro.

Between the Q3 and Q4 Wipro made some of the acquisitions. You can read my quoted text which wrote in my yahoo 360 blog.
"It's a takeover week for Wipro. After lying low for almost two years, Wipro is deep into the acquisition mode and has devoured two companies within four days. On Thursday (December 22, 2005), it acquired New Jersey-based mPower Inc, for all cash payout of $28 million, even before the ink had dried on its three-day old $56 million purchase of Austria-based NewLogic.In a space of just one week, it has shelled out nearly $100 million to entrench itself well into the financial services (mPower) and wireless design (NewLogic) sectors. "

Wipro also bagged the 300b deal from GM and Rs360 crore outsourcing deal with HDFC Bank.

Now in q4 the results are really encouraging......

Email ThisBlogThis!Share to TwitterShare to FacebookShare to Pinterest
Labels: Comments